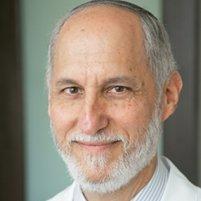 An unusual spot on your skin can be worrisome, especially if it turns out to be skin cancer. Fortunately, skin cancers are treatable and curable if you catch them early. David Stoll, MD, provides safe, effective diagnoses and treatment options for all skin cancers at his clinic in Beverly Hills, California. To rule out skin cancer or begin treatment, call the practice or book an appointment online.

What is skin cancer?

Skin cancer is a disease characterized by the abnormal growth of skin cells. It most commonly develops on skin exposed to ultraviolet rays, which come from the sun as well as tanning beds.

Skin cancer looks different, depending on the type and how long you’ve had it. Types and visual symptoms include:

How do skin cancer types differ?

In addition to ample sun exposure, melanoma is most common in people who have one or more of the following risk factors:

How is skin cancer diagnosed?

If Dr. Stoll suspects skin cancer, a biopsy can help confirm or rule out the diagnosis. When melanoma seems possible, the entire growth is typically reduced with a scalpel and then studied by a pathologist. Additional tests could include an MRI, X-ray, or CT scan.

How is skin cancer treated?

Most cases of skin cancer are found, treated safely and effectively, and cured before they spread. Melanoma can also be treated and cured if it’s caught early enough.

Standard treatments for basal and squamous cell carcinomas often involve removal of the tumors through surgery, skin scraping, low-dose radiation, electric current cauterization, or the use of frozen or liquid nitrogen. If the cancer has spread beyond the skin, chemotherapy or radiation may be needed.

Melanoma tumors need surgical removal, ideally before they’ve spread to other organs. In advanced stages of the disease, chemotherapy or radiation may help slow it down and reduce symptoms.

Other skin cancer treatments include: